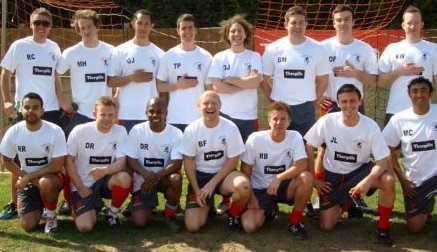 Thorgills are delighted to announce that the deal has been agreed and the paperwork signed on the new kit sponsorship agreement with Chiswick Griffin. After a great deal of negotiation and discussion, specifically regarding the kit concept, colouring, and more importantly, what font should be used on the numbers on the back of the shirts, the deal is done!

Chiswick Griffin are a local amateur Sunday football team, currently competing in the West Middlesex Premier division, widely regarded as the strongest local Sunday division around. Last year (2010/11 season) the Griffin managed a runners up spot in the league and will look to build on that this year. Having a strong history as cup specialists, this year the team certainly have their eye on the silver wear.

The team is made up of players that live locally in West London, many having lived in the area since childhood and attended local schools. Off the pitch the team enjoy many a social event; helping keep the local watering holes afloat on a Sunday afternoon, regularly arranging parties to help raise funds for the club, and of course the legendary end of season tours! 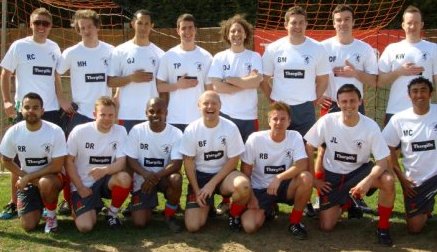 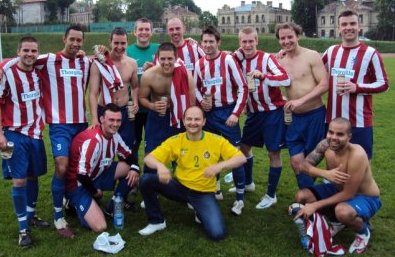