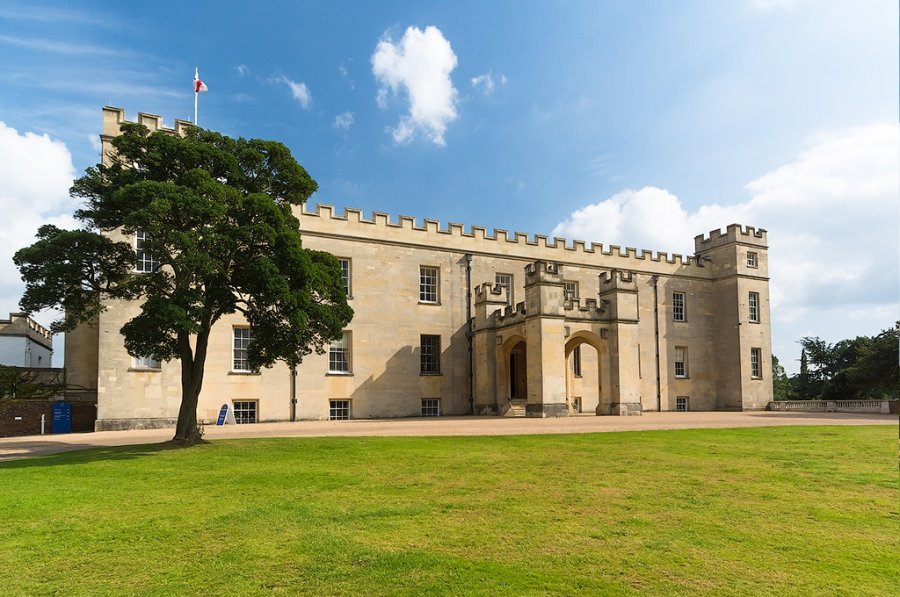 Syon House, home to the Duke of Northumberland, is one of London’s grandest houses. Set within the 139-acre grounds of Syon Park, the house has long been a popular tourist attraction and has also frequently appeared in film and television – featuring in titles including Poirot, The Avengers and most recently Killing Eve.

The property began its life in the fifteenth century, not as a house but as a nunnery, founded in 1415 by Henry V and named Sion Abbey after Mount Zion in Jerusalem. The nunnery was originally located on a nearby plot of land, and was moved to the site now occupied by Syon House in 1431.

Between 1536 and 1541, agents of Henry VIII disbanded monastic houses across the country, in order to seize their income and assets to fund the King’s campaigns in France. The Brigettine Order at Syon Abbey were evicted in 1539, and the property was sold to the Duke of Somerset who had it rebuilt as Syon House. Interestingly, the nuns of Syon were the only order out of the 625 dissolved who maintained an unbroken community to this day - though some disbanded and reformed - and they can now be found in Plymouth.

The house and its grounds were acquired by Henry Percy, the Earl of Northumberland, in 1594, and have remained in his family to this day.

In the 18th century, the estate was redesigned by the architect Robert Adam and the landscape designer Lancelot “Capability” Brown, following a Neo-classical design which incorporates arches, fluted columns, and Roman-style decorative motifs inspired by Robert Adam’s studies in Italy.


Syon House has played host to a number of distinguished guests over its rich history. Catherine Howard, the fifth wife of Henry VIII, was imprisoned there before her execution, while Queen Anne lived as a guest at the house before her coronation in 1702. Later, Queen Victoria also lived at Syon during her childhood, and visitors can still see her bedrooms at the east front of the house.

Pocahontas, the Native American woman who helped to develop the colonial settlement of Jamestown in Virginia, was also a resident of Syon. She travelled to London with her husband John Rolfe in 1616 to be presented to English society as an example of the “civilizing” influence of the colonists, but the city air made her unwell. It has been suggested that Pocahontas was invited to Syon by the Earl of Northumberland, as his brother George Percy was the governor the settlements of Virginia. A blue plaque commemorating her can be found opposite the park, marking the former location of the house where she lived.

The house and grounds opened to the public for the first time in 1951, and have become popular destinations, especially for the residents of West London. However, Syon House remains a functioning home so not all of the rooms are accessible. This does mean that the Percy family have continued to upgrade it, most recently, a new courtyard has been added and restoration of the roof and some of the rooms took place in 2007 and 2008.

Syon Park is also open to visitors, who can enjoy a collection of rare trees and plants which were introduced during the landscaping project carried out in the 18th century. The lake within the park supports a population of terrapins, and many over-wintering birds also periodically nest at Syon. The park has been Grade I Listed as a result of its combination of rich wildlife and historic association with Syon House.

If you are interested in becoming one of the Duke of Northumberland’s neighbours, contact our Isleworth sales team or lettings team today.