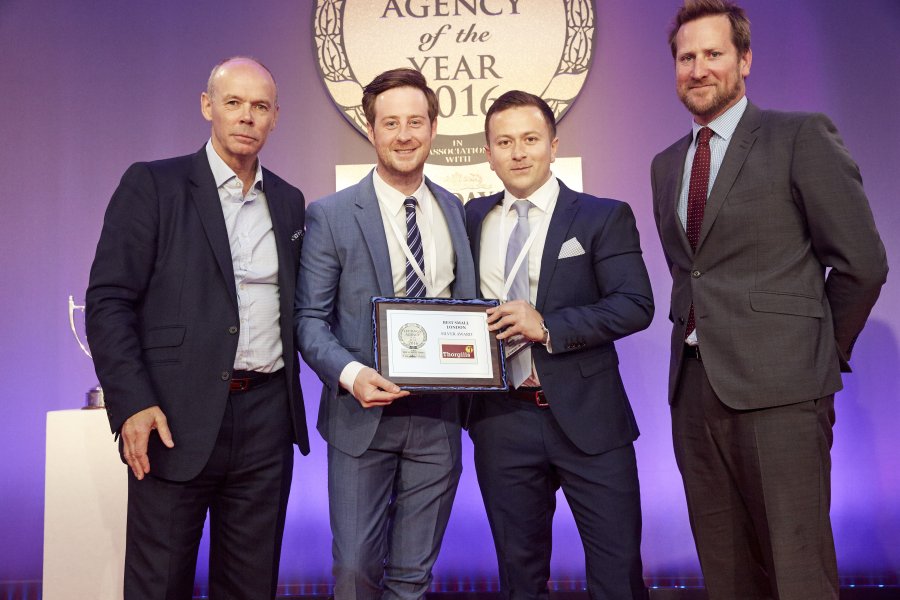 On June 10th Thorgills attended the Times and Sunday Time Lettings Agency of the year awards at the Lancaster London Hotel. With bated breath at the thought of yet more awards success, fingers were crossed, black cats were avoided and every penny spotted was quickly snatched up.

Joined by the creme de la creme of the agency world, competition was fierce with some of the industry's most well-known and respected agencies competing for top spot in a host of specialist fields, as well as being crowned top agent in their geographical area.

In 2015 Thorgills collected awards in both the Marketing and Training & Development categories, two areas that the organisation focuses on heavily, ensuring best practice coupled with ground breaking and exciting methods are used at all times.

So far 2016 had proved to be a success; Thorgills Brentford branch was approaching its first anniversary and was already the market leader for the town, Thorgills Hammersmith was now open and making a significant impact, and at the ESTAS Thorgills picked up no less than four accolades, including best local agency group in the UK.

Six months in to 2016 and Thorgills have already collected six industry accolades, this coupled with the results driven approach to exceptional service is helping to ensure that Thorgills continue to develop as a market leader.