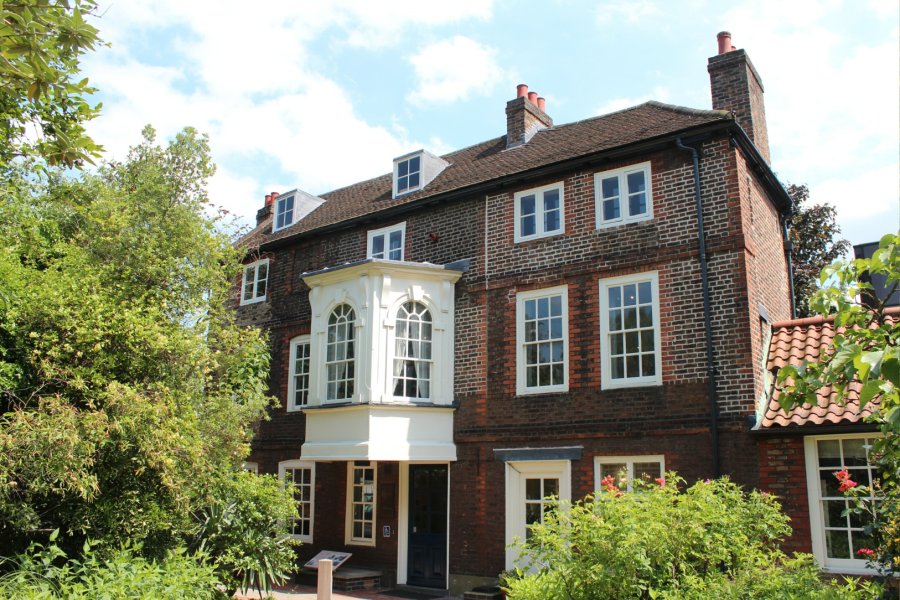 If you live in Chiswick, or have ever been shopping along the Chiswick High Road, you’ll no doubt have seen the statue of William Hogarth with his dog outside Barclays Bank. But who was he, and why is his statue in Chiswick?


Born at the end of the seventeenth century, Hogarth would become the most significant English artist of his generation.

He began his career as an apprentice to an engraver, Ellis Gamble, near Leicester Square, and by 1720 became an artist in his own right. Although he had initially specialised in engravings, he also painted and produced prints.

Hogarth was an outspoken social critic, and as a result his works were largely moral and satirical caricatures. His artwork tackled many of the social issues of his day, including gambling, prostitution, idleness, alcoholism, and marrying for money. These pieces were mass-produced by print during Hogarth’s lifetime, and were highly popular with the socially-conservative Protestant audiences of eighteenth-century England.


Hogarth’s association with Chiswick began in 1749, when he bought a house there to serve as a country retreat, which he shared with his wife, his mother-in-law, his wife’s cousin and his sister. Hogarth added a “painting room” at the bottom of the garden, where he worked until a few days before he died in 1764. The house also featured a walled garden filled with fruit trees, some of which survive to this day.


Today, Hogarth’s House is open to the public as a free museum – you can find it on Hogarth Lane between the Hogarth Roundabout and Chiswick House. The house has been restored with replica furniture from Hogarth’s prints, and presents the house as a home as well as celebrating Hogarth’s life and work. Prints of his most popular works, including The Harlot’s Progress, A Rake’s Progress and Marriage à-la-mode, are also on display. The walled gardens are also open to visitors and contain a mulberry tree dating from the 1670s, when the house’s original orchard was first established.

Hogarth’s House is not the artist’s only legacy in Chiswick. His tomb is located in the churchyard of St Nicholas’ Church on Church Street. This Grade-II* Listed building was rebuilt in the late nineteenth century by Henry Smith, one of the partners of the Fuller, Smith and Turner brewery, and would have been Hogarth’s parish church.


Not far from Hogarth’s House is the William Hogarth School, a primary school for 360 boys and girls between 3 and 11. The school opened in 2001, and was rated Good at its last inspection, which took place in May 2018.

Towards Stamford Brook is the Hogarth Health Club, which offers members access to a gym, spa, swimming pool, tennis and squash courts, and a café.

Hogarth also lends his name to the Hogarth Youth Centre next to the school on Duke Road, the Hogarth Roundabout on the A4, and to Hogarth Lane, the stretch of the A4 which passes Hogarth’s House, between the roundabout and Dukes Avenue.

If you’re interested in buying or renting a property in Hogarth’s neighbourhood, you can check out our properties for sale here and for rent here.