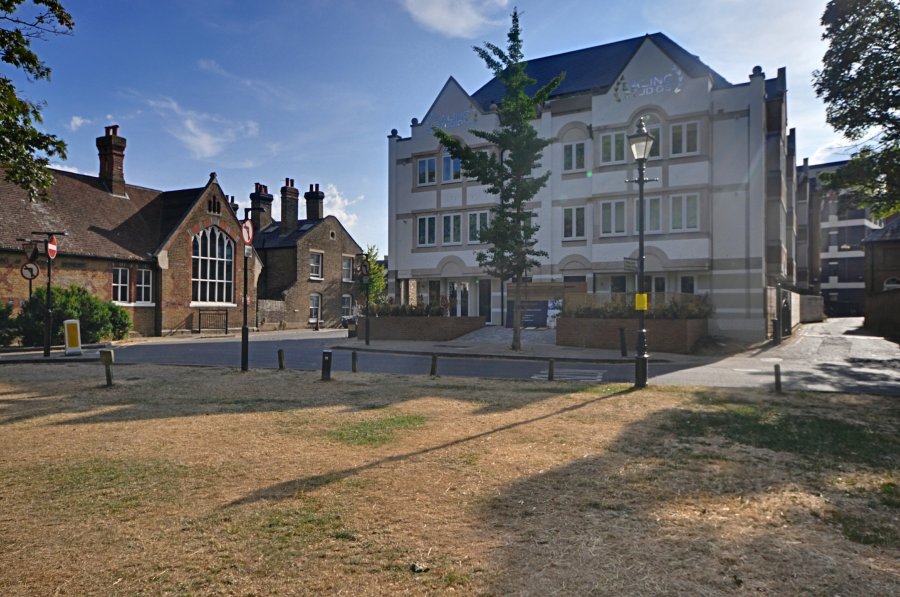 Situated on St Mary’s Road near Ealing Broadway, a few doors down from Pitzhanger Manor, the unassuming white walls of Ealing Studios house the world’s oldest continuously-running film studio, and a treasured monument of British cinema.

The studios were originally founded by film producer and entrepreneur Will Barker in 1902. Barker’s studio occupied the site until 1929, when it was bought by Basil Dean, the founder of Associated Talking Pictures Ltd. Shortly afterwards, the studios were redeveloped to enable sound recordings as well as filming.

At this point, the studios stepped up production, releasing around 60 films throughout the 1930s, and at the time it was thought that Ealing could become a “new Hollywood”. A new development in North Ealing, named Ealing Village, was built in the middle of the decade, intended to attract the studios’ stars. It had a clubhouse, swimming pool and a tennis court, as well as other facilities, but the film stars preferred to stay in hotels in the West End and so Ealing Village was mainly occupied by the film crews instead. The development has maintained its facilities and its art-deco feel, and is now Grade-II listed.

At the end of the decade, the Ealing Studios appointed a new leader, Michael Balcon. Balcon had earlier founded Gainsborough Pictures, where had gained a reputation for producing quality films, including a directorial debut for a young Alfred Hitchcock.

Michael Balcon presided over an incredibly successful period for Ealing Studios, during which it produced a series of comedy films now considered classics of British cinema, including Whiskey Galore!, Passport to Pimlico and The Ladykillers. He was knighted in 1948 for his services to the film industry, and left Ealing Studios after it was sold to the BBC in 1955.

Today, Sir Michael Balcon is commemorated by a blue plaque on the exterior wall of the studio, and Ealing’s Wetherspoons pub is named after him. The BAFTA for Outstanding Contribution to British Film, introduced to the awards show in 1979 – two years after Balcon’s death – is also presented in his memory.

The BBC owned the site until 1995, and used the studios primarily for television filming. Popular shows including Z-Cars and Porridge were filmed in Ealing, and benefitted from massive post-production support on-site. At the end of the 20th century, the BBC was looking to reduce its costs and sold the studio to the National Film and Television School (NFTS).

The NFTS owned the studios for just five years before selling to the site’s current owners, a consortium of buyers who hoped to revive the studio’s fortunes. The new owners redeveloped the site and began to focus on producing feature-length films again. In 2007, the studios revived the St Trinians franchise, and the first film became the fourth most successful British independent film of all time after it took over £12 million at the UK Box Office. Other films shot or produced at Ealing Studios in the 21st century include Shaun of the Dead, The Theory of Everything, The Imitation Game and most recently The Guernsey Literary and Potato Peel Pie Society. The downstairs scenes of ITV’s popular series Downton Abbey were also filmed at the studios between 2010 and 2015.

The site of the studios has reduced since the latest change of ownership, as some of the prop warehouses have been sold. These have now been developed into a collection of luxury flats known as Walpole Court, which are available to rent.

If you would like to live near this iconic and exciting film studio, you can contact our sales team here and our lettings team here.

This is part of our series of articles about West London. You can read the others here: