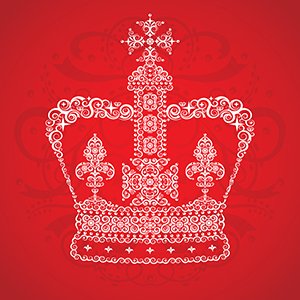 In the next month we will be celebrating Her Majesty the Queens Diamond Jubilee. This month we thought it would be nice to go through the key hole of the Royal Homes of Britain, exploring the reasons why the Royal family have so many residences and how they are enjoyed by more than just there inhabitants.

The cynic's amongst us will often be heard suggesting that the Royal family 'does nothing for this country' and telling everyone 'that they don't need so many homes'. But is this really the case? The Royal Family have shaped this country and helped make it the wonderful place it is, without the the Queen as Head of State who would keep all the honest, reliable and decent politicians in check? And without the Queen as Head of the Nation who would keep the focus for national Identity alive? Would you rely on all the role model sportsmen we have representing our great country, or perhaps the boys from the city who look after our finances so well, or maybe even Simon Cowell and his band of 'talented' Brits. I know I would rather look to Her Majesty the Queen to signify unity and pride, giving us a sense of stability, success and excellence across the globe.

A huge role of the Queen is to host different State and official events throughout the year, including receptions, garden parties and Investitures, all of which are held at Royal residences. Royal property is divided in to two types; the occupied Royal residences and the private estates. The palaces are often used for ceremonial entertaining of overseas diplomats and foreign ambassadors. Occupied Royal residences attract approximately 1.7 million visitors yearly, unsurprisingly Buckingham Palace is the most popular.

Past monarchs owned far more Private estates than Queen Elizabeth, today they are used as places of relaxation for the Royal family when away from their official duties. The reason the Monarch has a history of owning so many properties was because until the middle ages, the king would regularly move around the country thus necessitating the availability of suitable properties in different areas. Some were used to rule from whilst others were used as homes for the king's family. Eventually the monarchy centralized government in London and many of the original old castles and palaces fell into disrepair. Although it appears that today's Royal family has many homes available to use, what's left today is in fact nothing but a handful of what former king's and queen's enjoyed.

This month we celebrate Her Majesty the Queens Diamond Jubilee, 60 years since her accession in 1952. As the country struggles with the global economy and we fall into a double dip recession, the housing market stutters along and we appear to be stuck with Roy Hodgson as the new England Manager, it is celebrations like this that still manage to bring out the best in our little island and make you proud of what our nation really stands for. This month will see a host of events and parties taking place around the country to mark the celebrations. With more time off than usual this month why not pop in and have a chat with your local lettings agent and find out what the markets doing, as we approach the summer we approach the best time of the year from a landlord perspective as more tenants enter the market.

If you are a landlord or tenant and require any advice whatsoever please contact your local Thorgills Branch. Remember we are voluntary members of both the National Landlords Association and the Property Ombudsman, so our work is always carried out to the highest standards. Thorgills advice and valuations are free so please do not hesitate to get in touch.