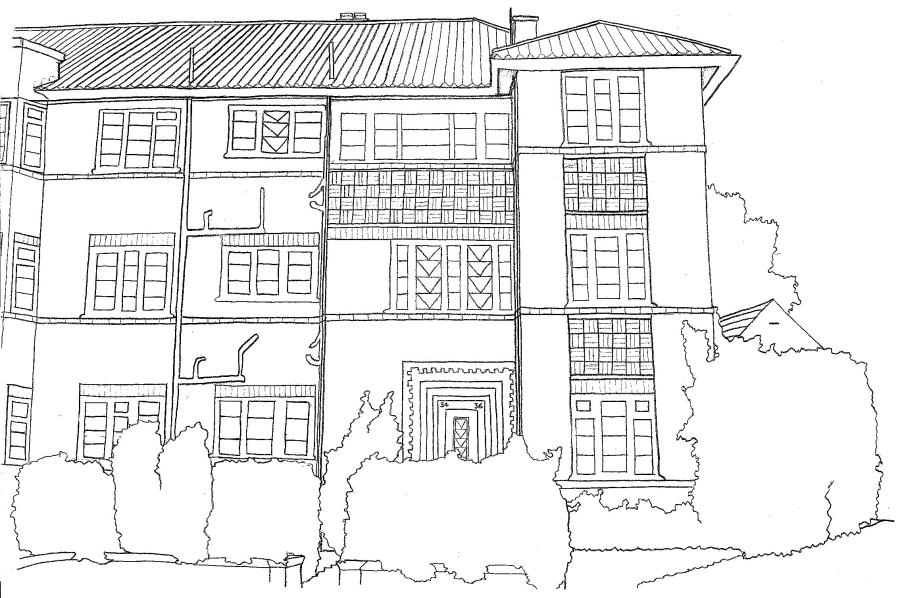 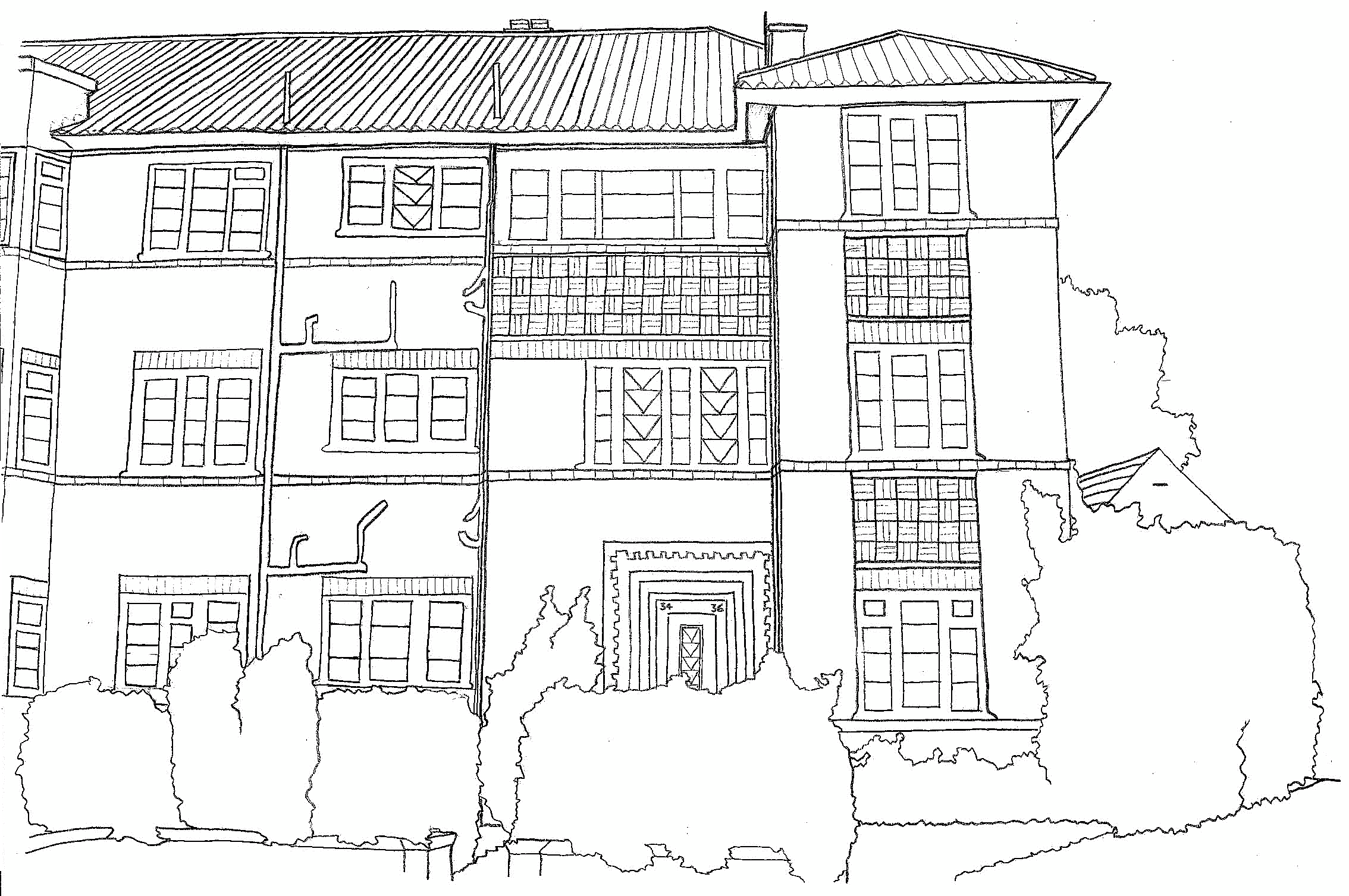 Over the last few years a new wave of property development has begun to spread throughout London and other large UK cities: Build to Rent. These properties remain under the ownership of the developer, who then rents them out in the normal way to professionals and young families. Given the recent changes to the way private landlords pay tax on their investments, the provision of new rental properties in bulk is very welcome to the many prospective tenants who are unable to afford their own homes.

The concept of building apartment blocks with the specific aim of renting out the properties rather than selling them is far from pioneering. In central London around the turn of the 20th century, mansion blocks first appeared based on similar styles that had become popular on the continent where apartment living was the norm rather than the exception, and they were rented out to long-term tenants. The premise of the mansion block was that more households could be accommodated on a piece of land if they lived laterally in apartments stacked above one another, rather than living in tall townhouses. Initially the response to mansion blocks was frosty, as the wealthy families they were aimed at felt that flats were homes for poor people who couldn't afford a house. The bourgeoisie of London did not like that they may bump into their servants on the communal stairs, that there were no private gardens and that they would be surrounded by neighbours on all sides. Property developers eventually won over the cynics and critics by selling the continental lifestyle that occupiers of mansion flats could enjoy, in a time when Parisian chic was de rigueur. This, coupled with the relatively low rent compared to similarly sized houses, helped mansion flats to grow in popularity, especially amongst social climbers in the Victorian and Edwardian middle class.

Incidentally, the only reason they are called 'mansion' flats was to lend an air of glamour to the properties; they are not converted from old mansions although they do have mansion-like characteristics. Elaborate plasterwork, columns, balconies and grand entrances are all prominent features on the exterior of mansion blocks, whilst cornices, ceiling roses and large fireplaces adorn the interiors along with dado rails and picture rails. With up to six bedrooms and ceilings up to 12ft high, some mansion flats were as grand, if not grander, than neighbouring houses.

Victorian and Edwardian mansion flats maintain their popularity today thanks to their generous proportions and characterful features. Many have been adapted to provide more bathrooms and some have been reconfigured to bring the kitchen out from a small room overlooking the internal courtyard to one of the impressive reception rooms to match modern living styles. Parking is rarely plentiful in these blocks but as they tend to be located centrally within cities there is often not much need for a car. The vast majority of mansion flats are now in private ownership so are available to buy and rent in the usual way. However some blocks, such as those in Hamlet Gardens in Hammersmith, are owned by an investor who rents to professionals. In West London you can find exceptional examples of early 20th century mansion blocks in Chiswick, Hammersmith and West Kensington, with more in central and North London.

The idea of living in flats became increasingly popular as people became used to them. In the late 1920s and early 1930s there was a boom in construction as the economy recovered post-WWI and the population increased. Canny property developers snapped up large Victorian houses on sizeable plots of land that had fallen out of favour for simply being too big after the demise of domestic staff. Builders demolished the old buildings and replaced them with three or four storey blocks of flats, often in long blocks with multiple entrances serving up to eight flats each with two or three flats per floor. Imagine the outcry now if beautiful Victorian houses were bulldozed to make way for modern flats! 1930s mansion blocks were built, rather aspirationally at the time, with garages and parking even though many occupants would not have driven, and most blocks have smart lawned gardens front and back. Blocks were designed to make the most of sunlight, so the reception rooms and main bedrooms would face the brighter, warmer south whilst kitchens, bathrooms and additional bedrooms would face the colder, darker north.

Just like earlier mansion blocks, communal facilities were popular in the 1930s. A porter was on hand to help with deliveries to upper floors and a gardener would look after the grounds, which may have included a tennis court, swimming pool or clubhouse. Centralised heating and hot water was supplied by a communal boiler and larger blocks would have passenger lifts. All of these extras would have originally been provided by the landlord of the building who rented the flats out to the occupiers. Later on, following the Leasehold Reform Act 1967 and its successive amendments, these tenant occupiers became owners who paid a service charge to cover the costs of communal facilities.

Ealing boasts several excellent 1930s developments, including Ealing Village which was built in a Dutch-Colonial style as a mini-Hollywood to attract film stars from Ealing Studios. Fitted kitchens and Canadian wooden flooring were particularly extravagant features of this development. In the end, the film stars preferred to stay in the West End's smart hotels so instead Ealing Village hosted the film crews. Elsewhere in Ealing, Mount View commands dramatic views from its elevated position, Welsby Court snakes around its grounds to take full advantage of the sunlight and Haven Green Court, a block of 160 flats, was built on a site where a coach station was proposed! Edmonscote and Oaklands retain the name of the houses they replaced whilst others were given local names or named after the builder. Ealing Park Mansions in South Ealing and Kenmure Mansions in Pitshanger Lane, both built in the 1930s, both feature retail premises on the ground floor with mansion flats above. Meanwhile in Chiswick, blocks such as Hartington Court, Churchdale Court, Chiswick Village and Saint Catherine's Court are excellent examples of the 1930s mansion block. Osterley Lodge, Penwerris Court, Osterley Court and West Court are all in the Osterley area of Isleworth, and Manor Vale in Brentford is another well-preserved 1930s mansion block worthy of mention. Sometimes mansion blocks were built with service staircases for those households that still employed servants, for example in flats that were specifically designed for bachelors and spinsters that had large entertaining spaces.

Some mansion blocks in West London have been subject to later additions, such as the modern extension to Greystoke Court on Hanger Lane and the rooftop penthouses that were recently added to Manor Court near Gunnersbury Park, yet they all retain much of the original character that made them so popular when they were first built.

To buy or rent a West London mansion flat, take a look at the selection on www.thorgills.com.