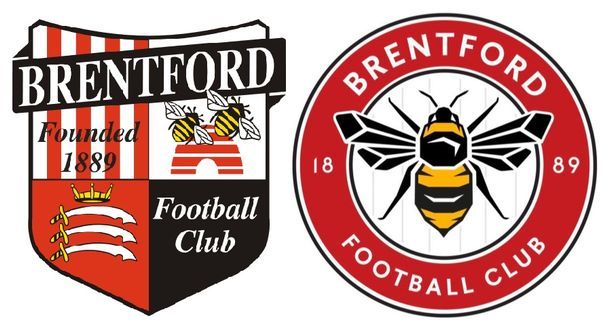 As football’s Premier League prepares to return to action, we shine our spotlight on our local club, Brentford FC – who aren’t yet in the top tier but currently sit in the Championship play-off places should their season resume.

The club began life in 1889, when members of Brentford Rowing Club wanted to start a football team. They played on a field behind Clifden House, and wore a salmon, claret and light blue kit – the same colours as the rowing club. For the rest of the 19th century, Brentford established itself as one of London’s top amateur clubs, and officially turned professional in the 1899-1900 season. Shortly afterwards, in 1904, the club moved to Griffin Park, which would become its home for over a century.

It was in these early years that Brentford became known as “The Bees”, a nickname they still carry today. The name was unintentionally created when students from Borough Polytechnic attended a match and their college chant, “buck up Bs”, was misinterpreted by local press as “buck up Bees”.

In 1920, the club was elected to the Football League, and changed its kit to white shirts and black shorts, before changing again in 1925 to the red-and-white striped shirts we recognise today. Just over ten years after joining the league, Brentford enjoyed one of its best-ever periods as the club rose from the Third Division to the First Division in just three seasons, from 1932 to 1935. In expectation of greater crowds, Griffin Park’s capacity was extended by works to the New Road stand, and Brentford enjoyed four years of top-flight football before being relegated in 1939.

After this heyday, however, Brentford fell down the football leagues. Throughout the following decades they struggled with financial difficulties and found themselves in the Fourth Division. In the late 1970s, they finally fought their way back into the third tier and then into the second tier – the newly-renamed Division One – in 1992, before being relegated again the following season.

Brentford spent the rest of the 20th century in Divisions Two and Three as the club again struggled with financial difficulty and poor management. However, from 2007 to 2014, the club enjoyed a period of sustained success and rose from League Two to the Championship – where they have remained ever since. The club achieved its best-ever finish in its opening season, placing in fifth but losing to Middlesbrough in the play-offs. This season, should it continue, Brentford could go one better – they currently sit in fourth place and are serious contenders for promotion to the Premier League.

Brentford’s home stadium, Griffin Park, is located next to Ealing Road, and is famously the last ground in the Football League to have a pub on each corner – The New Inn, The Griffin, The Princess Royal and The Royal Oak.

However, Brentford will soon be moving home, to the new Brentford Community Stadium, next to Kew Bridge station. This new ground will seat approximately 17,250 spectators and is due to be completed in time for the 2020-21 season. Alongside this construction, developers EcoWorld – who also sponsor the club – are building over 900 new homes, around half of which will be sold and the others let out through a build-to-rent scheme.

The site of Griffin Park will also be redeveloped, with Hounslow Council approving initial plans to provide 75 family houses centred around a public garden commemorating the football club’s history.

If you’d like to live near this historic and community-focussed football club, you can contact our sales team here or our lettings team here.