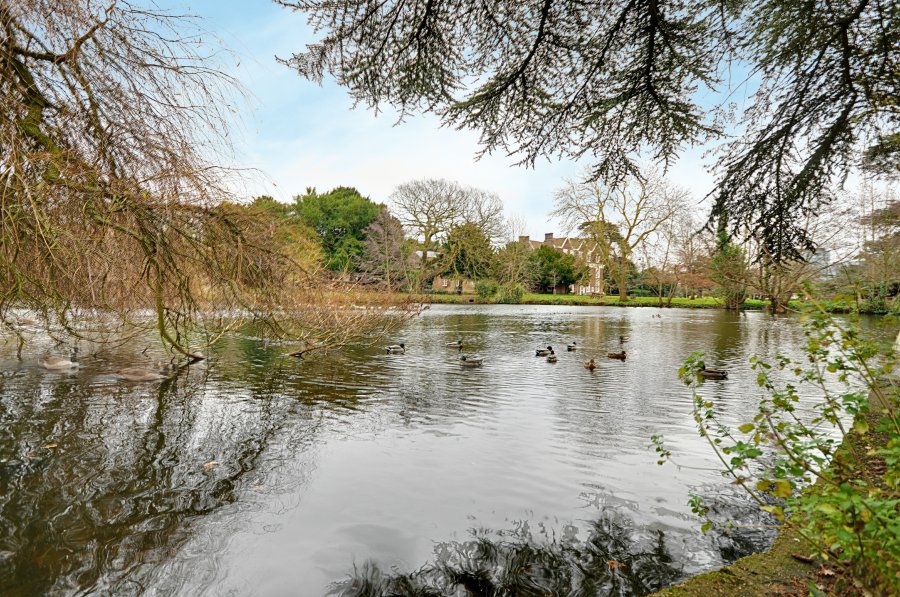 Built in 1623, Boston Manor House is one of Brentford’s oldest surviving buildings, and is currently undergoing a £3.7 million renovation project to restore the house to its former glory.

This manor house, however, is not the first one to be built on the site. The earliest reference to the area is from around the 1170s and names the manor as Bordwadestone, which means “Bord’s farmstead” in the old Saxon language.

The manor’s lands, and the lands of the parish church built for the manor by its lord Ralph de Brito, followed the Brent down to where it meets the Thames. The eastern borders of the manor’s lands are roughly aligned with where Boston Manor Road and Half Acre are today, while the northern border would have been about where the Picadilly line now runs from Boston Manor Underground station - roughly marked in red on the map below. These boundaries were marked by stones and would have been checked each year in a ceremony known as “beating the bounds” - which is still observed by the Parish of Hanwell to this day!

Around a century after the first mention of Bordwadestone in the historical record, King Edward I granted the area to the priory of St Helen’s Bishopsgate, and it started to develop as a rural settlement under the ownership of the nuns.

The manor remained in the hands of the nuns until the Tudor period, when the priory was dissolved by Henry VIII’s reforms and ownership of the manor reverted to the Crown. After this, the property changed hands several times in quick succession.

Henry’s son, Edward VI, gave the manor to Edward Seymour, Duke of Somerset in 1547, but after he was executed for treason in 1552 Boston was again returned to the King. After Edward VI died in the following year, the property was owned first by Queen Mary and then by Elizabeth I, who gave it to one of her court favourites, Robert Dudley, Earl of Leicester. Dudley quickly sold the manor and its lands to the wealthy banker Thomas Gresham – who had recently also purchased nearby Osterley House – who died shortly afterwards.

As Gresham died without a male heir, his lands at Osterley and Boston were inherited by his stepson, Sir William Reade. When he died in 1622, his widow Mary Goldsmith began the construction of the Boston Manor House which survives to this day. After her son, John Goldsmith, died, the executors of his will sold the property to city merchant James Clitherow – who gives his name to nearby Clitherow Road – for £5,136, which is roughly equivalent to £842,000 in today’s money.

The Clitherow family would live at Boston Manor for the next 250 years, and gradually reduced the extent of its lands as Brentford expanded onto the property. In 1923, the house and its remaining lands were bought by Brentford Urban District Council and were opened as a public park in the following year.

The manor house itself is Grade-I Listed, and is three storeys high. The majority of the house is built of thick red brick, with stone architraves around the windows and a cornice between the top floor and the level below.

Inside the property, the Clitherow family decorated with the latest fashions, often at great expense. Unusual features which have been preserved include 18th-century wallpaper and a Trompe d’oeil balustrade on the main staircase – a painted railing which looks three-dimensional thanks to an optical illusion. Other parts of the house have been modernised by the Clitherow family, as can be expected over such a long period of occupation. Most of the windows have been replaced, and many of the walls feature newer flock wallpaper.

Although Boston Manor House is currently closed for refurbishment, the park is still open and is equipped with a modern children’s playground, three tennis courts, a basketball court, and a nature trail, and a café is open on the weekend, run by volunteers from Friends of Boston Manor. The house is expected to reopen in 2021.

If you are interested in living near this historic manor house, you can contact our sales team here and our lettings team here.