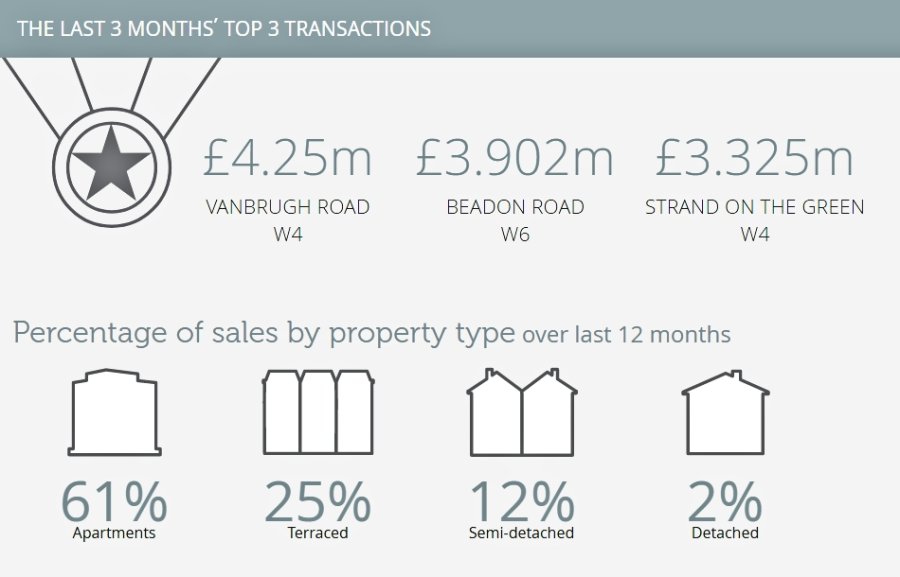 With the Bank Holiday weekend, there’s plenty to look forward to as families plan barbecues, day trips or even weekends away. In the property market, too, prospects are exciting as we move into the busiest period of the year.

The main headline in the economics news recently has been the announcement that the second quarter of 2019 saw a contraction in the UK’s GDP for the first time since 2012, and consequently many commentators on the property industry have been a little negative in July and August. The local publication Brentford TW8, for example, has bemoaned a slow market, stating that only 43 properties completed in the town last quarter.

However, our sales team have plenty of reasons to be positive. Of the 43 completions last quarter mentioned by Brentford TW8, our team was responsible for 20, meaning that we helped almost 50% of these moves take place. Even when the market is perceived to be struggling, committed agents are still able to get the job done for their clients.

Our success has continued into the new quarter, as we’ve agreed an additional 23 sales since the beginning of July – including an apartment in Brentford Dock, where we’ve broken our own record to achieve £430,000 for a one-bedroom apartment in Numa Court.

Recent trends also indicate positive developments in the market. Although prices have remained fairly static over the summer months, the market is beginning to stabilise. Demand rose in July for the second month running, and mortgage approvals rose to 66,440 in June, above the level predicted in the Bank of England’s inflation report earlier in the year. These summer buyers are likely taking action to ensure that they are able to exchange and move in before the Brexit deadline at the end of October – and there’s still time to do the same if you start planning your move soon.

Boris Johnson has indicated that he intends to reverse the traditional format of Stamp Duty may also bring new life to the market. Under the new plan, the seller will pay the tax instead of the buyer, meaning that first-time buyers will be able to lift themselves onto the property ladder without having to pay this additional charge.


In the lettings market, we’re about to hit our busiest period of the year. On average, 22% of tenancies begun in the last three years started in August and September – meaning that around 200,000 new tenancies can be expected to begin across the UK before the first of October.

This is largely caused by families and students looking to move before the new academic year, and is more keenly felt in London as a surge of graduates arrive in the capital to start work around this time. The effect is then compounded by the tenancies of previous years coming up for renewal, bringing existing tenants back to the market.

Our recent market updates have commented that demand for rental properties is far outstripping supply, and over the coming weeks this is likely to heighten. Already the imbalance is at a three-year high, with demand at its highest and supply at its lowest since the end of 2016. In these conditions, it is hardly surprising that many investors are still finding the lettings market lucrative despite recent legislative changes.

This exceptionally busy period is therefore an excellent time to announce our latest market-leading service, in the form of same-day referencing. We’ll be able to help our tenants to move, and our clients to fill their properties, faster than ever before – which will make all the difference as the market continues to increase its pace.

If you would like to discuss the property market and how to make the most of the busy period of the next couple of months, you can contact our sales team here and our lettings team here.