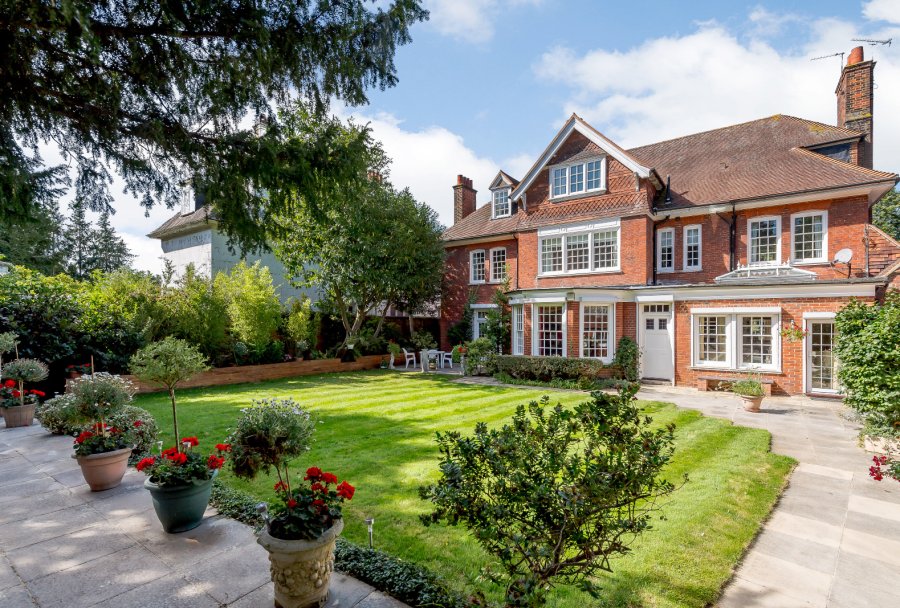 The past twelve months have been characterised by political uncertainty in the UK – we’ve changed Prime Minister, witnessed a December general election and prolonged the Brexit saga after extending the deadline back in March.

However, in typically British fashion, we’ve kept soldiering on, and as a result we’re ending 2019 on something of a high. The economy has grown by 1.2% over the year, and wages have risen by over 3.5% in the last six months of the year – almost double the current rate of inflation. In addition, the outcome of the recent election now means that the uncertainty of Brexit is almost over.

The property market, as it always does, has experienced a similar year to the economy as a whole. At the beginning of 2019, political uncertainty caused the market to slow, but as with the wider economy, the second half of the year saw a return of confidence and growth to the market.

The upper quartile of the market in particular has followed this pattern, with transaction levels among properties valued at over £1.5 million increasing significantly in the final three months of 2019. Our Fine & Country brand, which specialises in serving this segment of the market, has agreed some impressive sales for our clients recently, including achieving over £3 million for a house on Ascott Avenue in Ealing.

However, it isn’t just the most expensive properties which are changing hands, and throughout 2019 we have achieved results for our clients across our entire patch in every price bracket – agreeing a sale or let on average every five hours. Our Brentford team has been particularly successful, selling more than twice as many properties as any other agent in the area over the course of the year.

In the lettings industry, the major event of 2019 was the introduction of the new Tenant Fees Act in May. This legislation has made it much easier for tenants to move home, as it has removed some of the up-front costs they faced. As a result, the industry has increased steadily rising demand every month since the Act was introduced. This, coupled with a reduction in available properties on the market, has caused rents to rise by an average of 1.4% in 2019.

Aside from a steady increase in average rent prices, the other main trend in lettings in 2019 was the increase in the number of build-to-rent properties becoming available. These units are specifically designed with tenants in mind, and usually offer convenient on-site amenities such as gyms, cafes, and shops to suit their residents’ lifestyles.

A further area of major growth in the lettings industry in 2019 was the increasing importance of HMOs – Houses in Multiple Occupation. These properties are homes which include three or more unrelated tenants, and are particularly important in the London market as many young professionals choose to rent in groups in order to be able to afford to live away from home. Our Thorgills Prime department has expanded this year to meet the needs of our clients with HMO-suitable properties, providing them with the security of guaranteed rent and long-term tenancies.

We’ve introduced a new service to the lettings market this year. As well as providing our tenants with a Nil Deposit scheme to further lower their moving costs and an opportunity to boost their credit score through our partnership with Experian, we now provide a Same Day Referencing service which allows our tenants to move, and our landlords to fill their vacant properties, faster than ever before.

With an improving economy, and confidence returning to the property market, 2019 has ended on a positive note and provided a springboard for an exciting year ahead.

2020 is likely to begin with a flurry of activity in the sales market. Over the Christmas period, we’ve experienced an increase in enquiries from new buyers, many of whom will begin viewing properties over the first weekend of January – and start making offers shortly after that.

January is also likely to bring about the end of the uncertainty surrounding Brexit, since the UK is scheduled to withdraw from the EU on the last day of the month. The spring which follows is expected to be a busy one, as those buyers and sellers who were waiting for Brexit to be resolved will finally return to the market.

Should the Withdrawal Agreement be executed as planned, it is anticipated that house prices will rise by 1.8% over the course of the rest of the year – adding an average of £4193 to the price of every property – with Rightmove predicting growth in all regions of the UK.

Several of the pledges in the Conservative manifesto may also have an impact on the property market in 2020. These promises mainly focus on addressing the lack of available property and the problems facing first-time buyers, and include building an additional 1 million new homes by 2025, maintaining the “Right to Buy” scheme which helps council and housing association tenants buy their homes, and developing a “first home scheme” which will enable first-time buyers to buy certain properties with a 30% discount.

In addition, on several occasions during 2019 Boris Johnson suggested that he would like to reform Stamp Duty, in different ways.

During his leadership campaign, he first suggested that the threshold for Stamp Duty be raised from £125,000 to £500,000 and the rate for the highest bracket be reduced from 12% to 7%. Both of these measures would make it cheaper for buyers to move, benefitting first-time buyers in particular.

In the same campaign he also raised the possibility that the tax could be reversed, so that the seller pays the tax instead of the buyer. This would benefit first-time buyers as they would be able to avoid the tax altogether, but could discourage vendors from selling as their costs would be higher.

Most recently, during the election campaign he suggested that an additional 3% surcharge be applied to overseas buyers. If this is introduced, it is likely that this will cause a short-term spike in activity as investors rush to make a purchase before the legislation comes into force.

The lettings industry is likely to experience similar trends in 2020 as it did last year. Tenant demand is expected to continue to rise and the number of available properties will continue to fall, further widening the imbalance in the market and fuelling rising prices.

There will be some new stock appearing in the London market. Much of this will be in the form of build-to-rent property, but there will also be a sizeable amount of privately-owned property coming to the market, especially owned by overseas landlords. London received 24 billion euros of investment in real estate development – more than double any other European city – in 2019, which will translate into new available property. However, even this will not be enough to meet rising tenant demands.

Those landlords who are able to bring their properties to the market are therefore likely to experience stable returns, as average rents are expected to increase by 1.7% in 2020 and by a further 2.5% in 2021. The industry will be especially profitable for those landlords with HMO-suitable properties, as the London market in particular will witness high demand for these from groups of young professionals. This will in part be met by new build-to-rent developments, but private landlords who own these properties will be able to command premium rents.

If you would like to discuss the 2020 property market, you can contact our sales team here and our lettings team here.